Hi gang! We just spent a few days in Gainesville, Florida, where lots of vintage trailer owners were converging for the Tin Can Tourists’ Winter Festivus. If you follow this blog regularly, you know that it has been an ongoing project of mine to lightpaint different brands of vintage trailers and motorcoaches. I wanted to share a little before & after with you that shows what the scene looked like with ambient light (before it got really dark out) and the final image.

The subject is a 1956 Airstream Bubble towed by a Chevy Suburban. I captured 102 exposures over the course of 35 minutes using my LED LENSER M7R Flashlight as the only light source. I then used 52 of those exposures to create the final lightpainted image. It took about 3.5 hours of computer work.

If you haven’t tried out light painting yet (it’s a blast once you’re used to it), then be sure to download the free sample PDF on the lower left of this web page… it will give you enough guidance to get you started on your first light painting. http://digitalmastery.com/lightpaintebook/

Drag the handle back and forth to see the before & after: 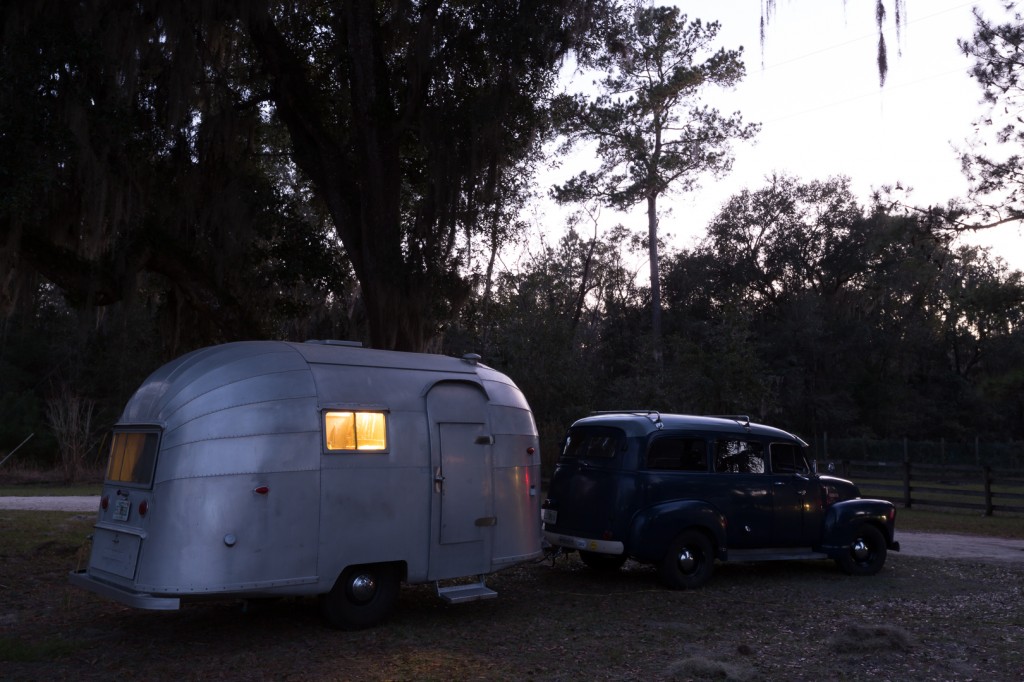 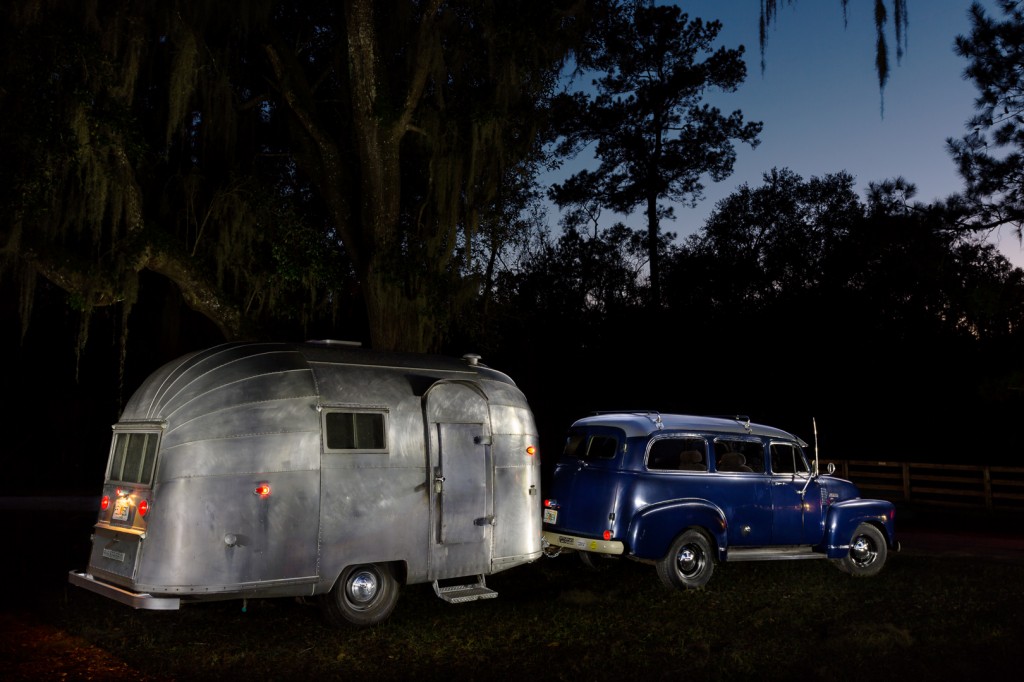