After spending a week up in Seattle teaching creativeLIVE classes, we returned to Eugene, Oregon, where there was lots of progress being made on my vintage bus project. If you’re not familiar with the project, I am restoring a 1963 Flxible Starliner that we’ll eventually call home. It already has a new engine and transmission but the interior has been completely gutted. The shop in Eugene has just begun the process of installing the new, custom interior.

This past week, I spent a lot of time working with the gang at Paradise Coach, nailing down some of the details. We figured out where the roof airs, vent fans and tank vents will go as well as how I might be able to fit 700watts of solar on the roof. We also spent a good amount of time refining the interior layout. 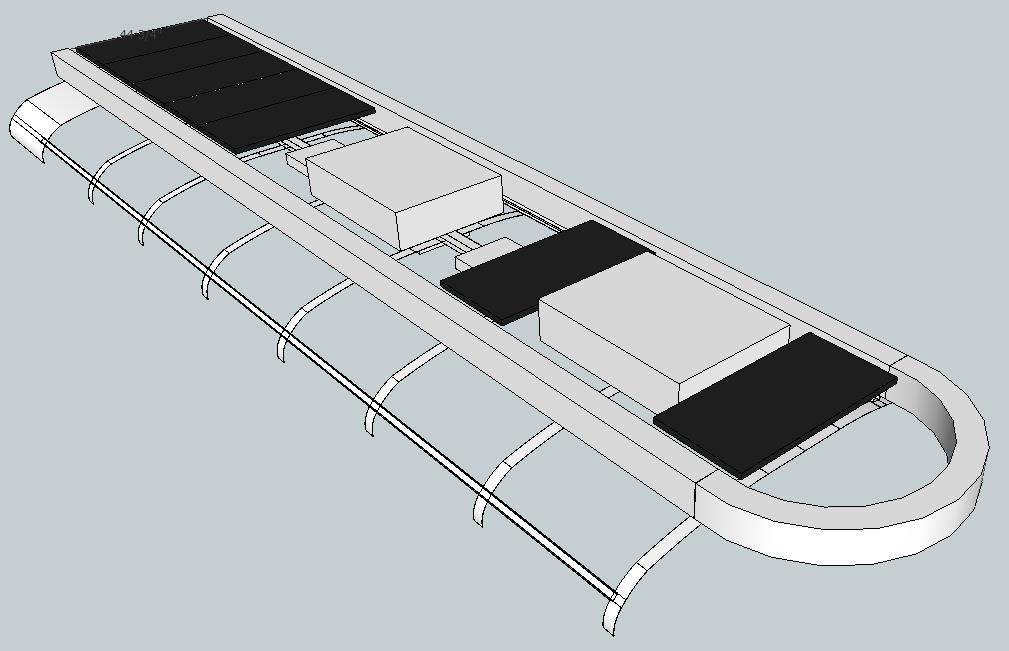 This is my 3D rendering of the bus’ roof. It shows where the roof airs, vent fans and tank vents will go.

One of the trickiest parts of the interior layout has been configuring workstations for myself and Karen. We both spend a lot of time at our desks, and we need pretty serious setups for what we do. What we ended up coming up with is a dinette-like setup with two 27″ displays mounted above a riser above the table. 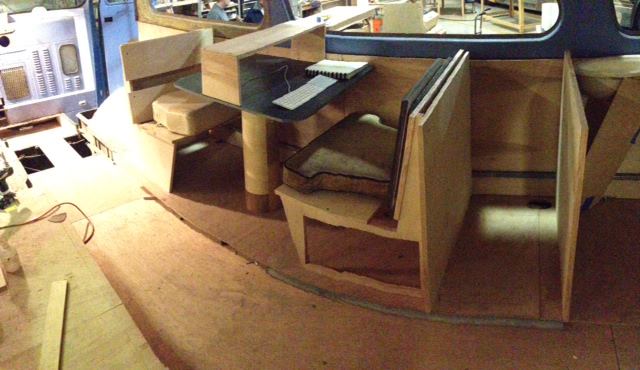 This is an iPhone panorama shot of the workstation mockup that Larry, of Paradise Coach, made.

As we’re working out the layout details, a plywood mockup is being put together inside the bus. This is just so we get a visual idea of where things will be and how much space they’ll take up. Once we get to a point where we’re happy with the general plan, everything will be ripped out, and they’ll start building the true interior.