Hi everyone! we’re currently in the greater Tampa area and I just wrapped up a fun week, which started all the way across the country in Seattle! Last week was Creative Cloud Fundamentals Week at creativeLIVE, and I was teaching the Photoshop segment of it. This was just a one-day class, and if you missed it, you can get it HERE, or get it as part of the whole CC Fundamentals bundle.

While we’re still on the topic of creativeLIVE, I’m excited to announce a new class I’ll be teaching next month, July 21-23. It’s called Post-Processing for Outdoor & Travel Photographers. This topic is extra special to me because these are two of the main types of photography I do. We’ll be using both Lightroom and Photoshop in this class, and you can learn more about it or enroll for free HERE.

I arrived back to the Tampa area after a redeye flight and landed the morning of my birthday! Aside from a much-needed nap, Karen had some fun things in store for the day including breakfast at one of our favorite places in the area, a cake she made completely of fruit (because that’s my favorite!) and a visit to a local brewery. (I’m a huge fan of craft beer and love to visit different breweries as we travel about.) Near the end of the day, we embarked on a sunset cruise that left from Clearwater Beach. While the actual sunset wasn’t overly spectacular, the sky put on quite a show for us afterwards. It was a great mix of storm clouds lit by what was left of the golden light. We even got to see a waterspout (a water tornado) nearby. Pretty cool! At the end of the night, we had dinner at a tapas place we like in Clearwater Beach. 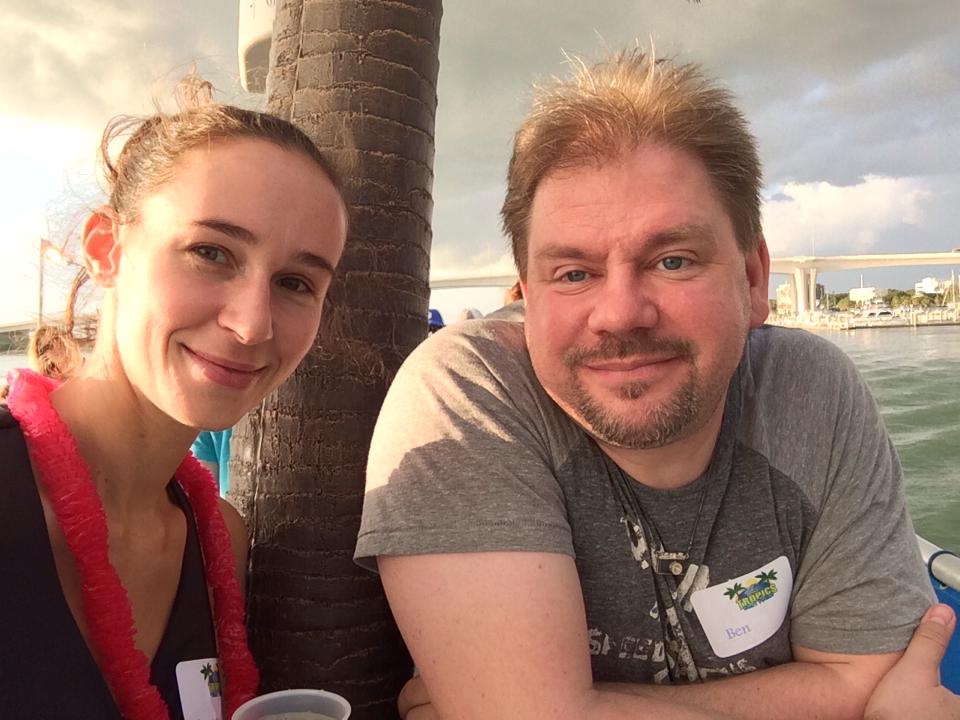 Karen and I on the sunset cruise

As implied from the title of this post, I also got to do some shooting this week. If you read this blog often, you know about my service station project. I have researched and located over 250 vintage service stations around the country and my plan is to photograph each one. I had been conversing with the owner of this Polly Station in the greater Tampa area and we finally set up a time this week for me to head over and shoot it. The shot below is just an iPhone shot that I also processed on the iPhone. The actually shots will take much longer to process. 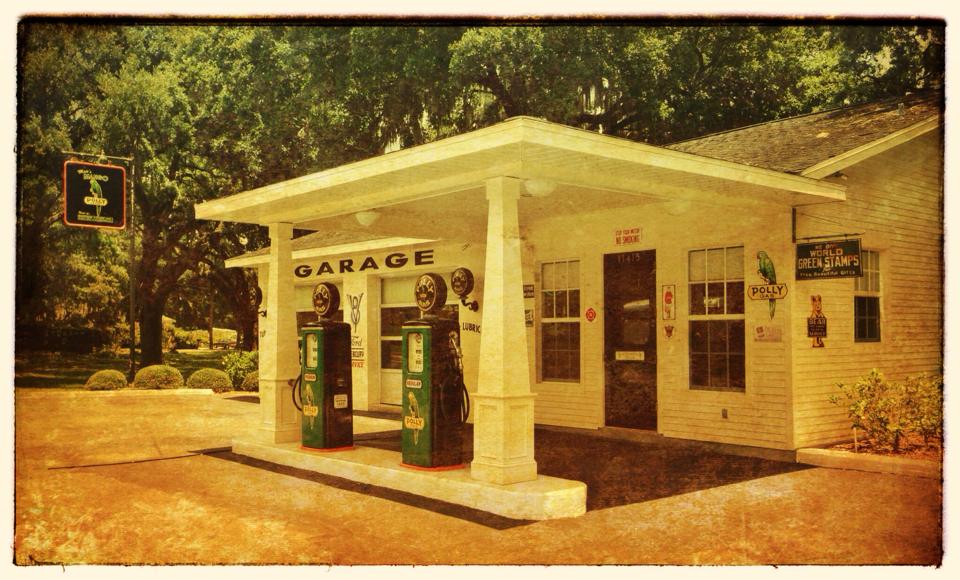 Well, that’s it for now folks. The upcoming week will be more on the mellow side, where I’ll be catching up with work and some image processing. More to come!