This past week, Karen and I have been hanging out in the Seattle area. Karen had never been to Seattle before, so she wanted to get a good taste of the city. As luck would have it (and “luck” seems to always be on our side), our friends from Lake Havasu, AZ were visiting Seattle the same time as us. We met up with them at the famous Pike Place Market and started exploring together. Since it was a “first time” experience for most of the folks in our group, we decided to have lunch at Pike Place Chowder. Chowder is a must in Seattle. Karen and Lisa were also excited to find that they had a vegan chowder!

After exploring the market a bit (and I pretty much had to pry Karen out of there) we hit up the space needle, and then the Chiluly glass museum located at the base of the needle. If you’ve never seen Chihuly’s stuff before, you should DEFINITELY check this place out. It’s kind of like walking into a Dr. Seuss book… only made of glass. Our group had dinner that night at a funky Italian place called Bizarro. Yes, it sounds bizarre, but it’s one of the few Italian places that I would actually recommend. The dishes were unique and the place had tons of character. 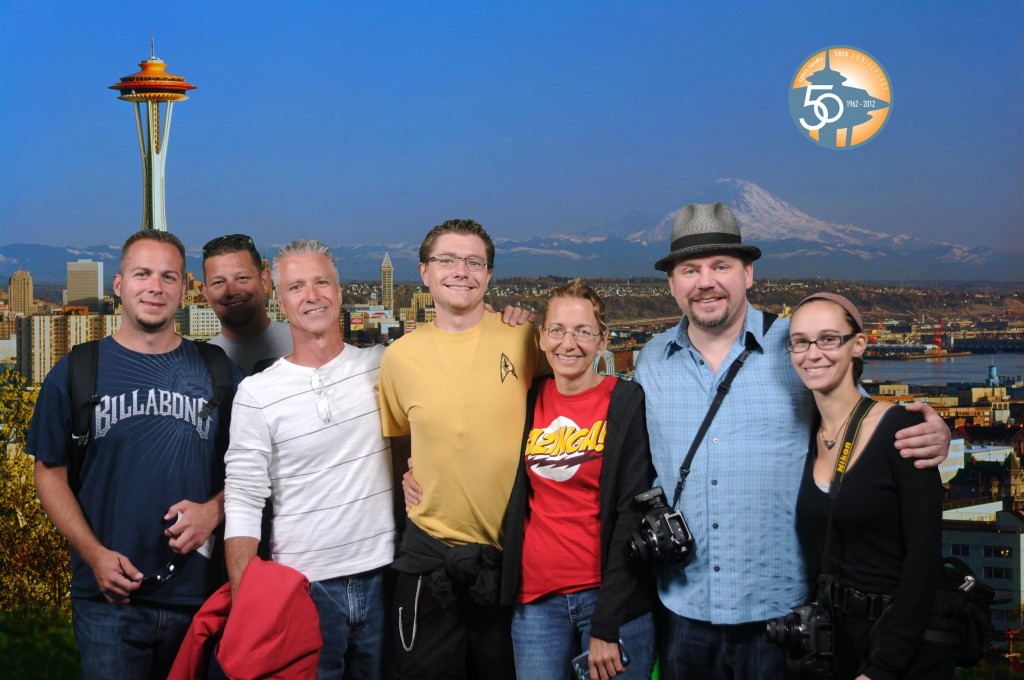 From left, John, Clint, Wayne, Andrew, Lisa, Me and Karen. We were so excited with this group in Seattle! 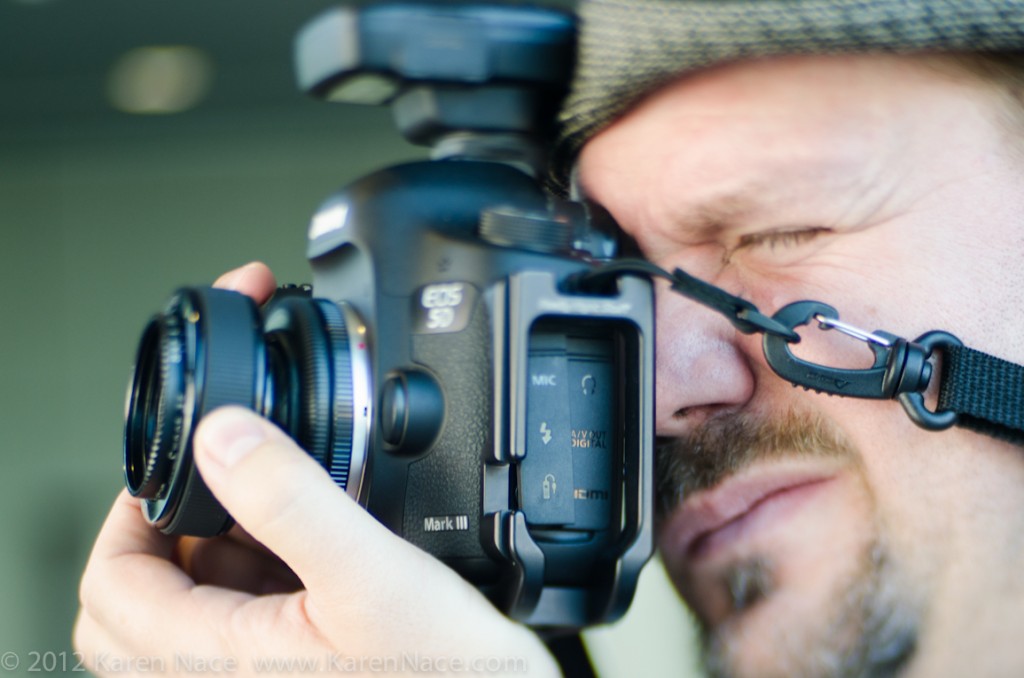 Karen got this shot of me at the Chiluly exhibit. I was shooting with the Lensbaby Sweet 35 lens… super nice!

Since we were in Seattle, I couldn’t help but visit Adobe’s local office. Adobe’s Patty Wilson invited us to watch in on a game of “Adobe Wiffle Ball.” Her team was in the company finals… and, well, it was quite the event for them. Their headquarters is also located within walking distance of the funky Freemont Troll, a giant concrete troll figure located under a bridge. Karen and I walked there after visiting Adobe. We didn’t take a lot of photos because some jerk spray painted the thing up in bright pink paint. 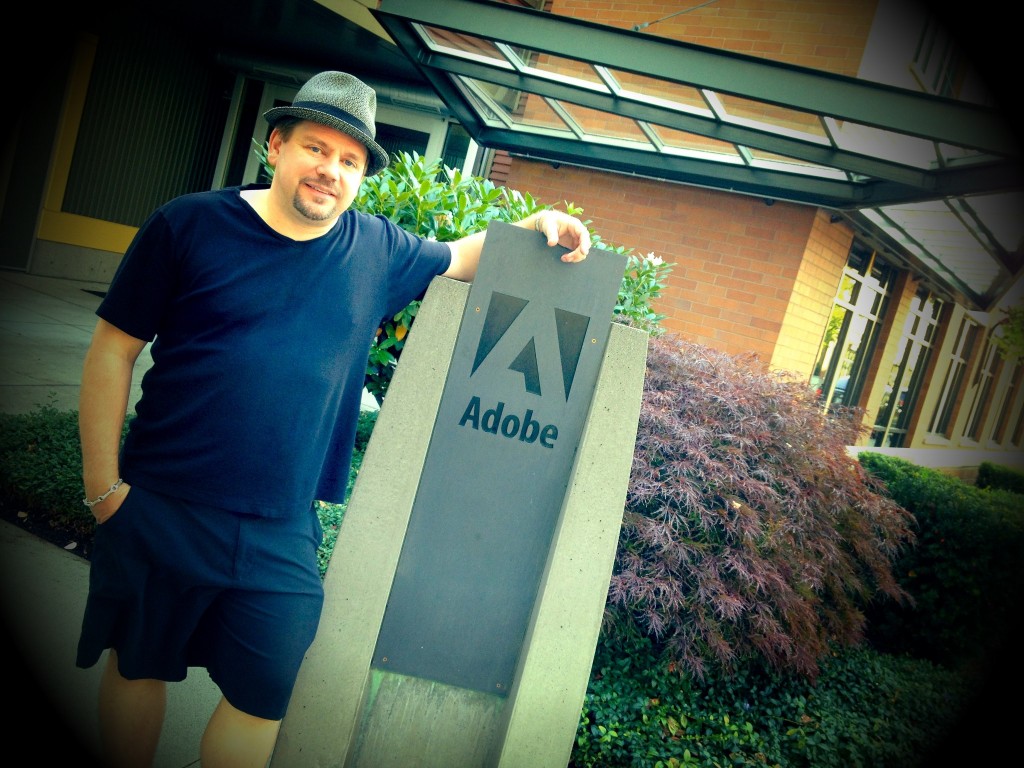 Me in front of Adobe’s Seattle headquarters.

Karen and I made a return visit to Pike Place Market one night. Karen wanted to shoot some more there, and take in more of Seattle’s local flavor. She bought this amazing flower bouquet (that was literally half her size) for $10! Crazy! We also drove around in search of places to shoot panoramas. We both wanted to shoot the Seattle skyline, but we wanted both sunset and twilight, and we also wanted an angle that included both the city buildings AND the space needle. We found a couple great places and did a lot of shooting. You can see some of the results below. 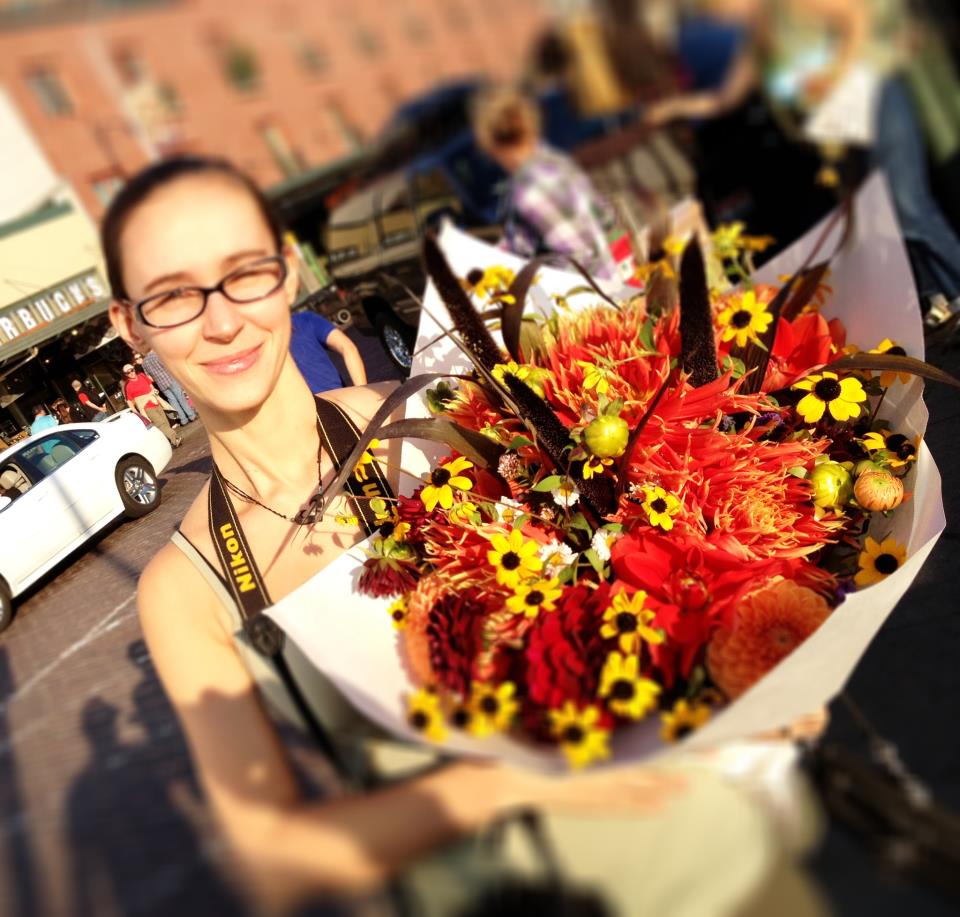 Karen with her monster bouquet at Pike Place Market.

I shot this panorama from Kerry park in Seattle at sunset. After merging, it turned out to be 27 feet wide! Check out the video below to see details on it. 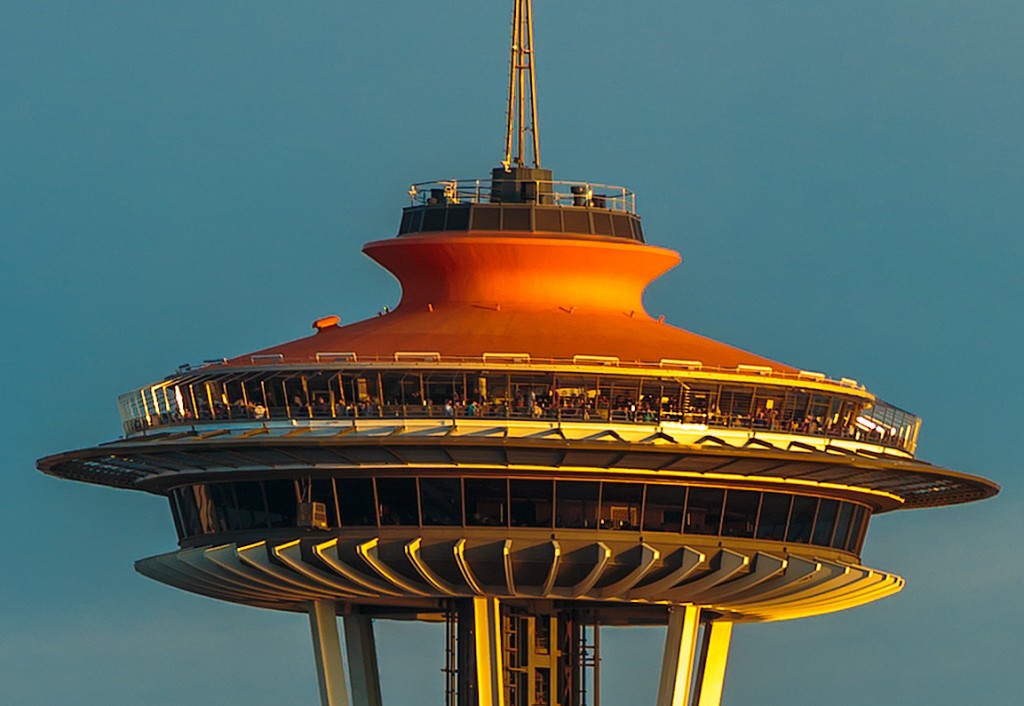 Here’s a detail shot from the above panorama. Click to enlarge it and you’ll get a 100% view. 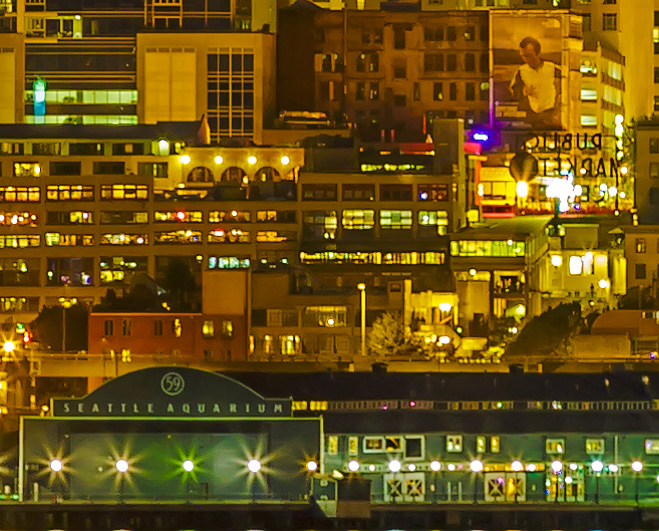 Here’s another panorama from a different locale in Seattle. The detail shot is a 100% view of the above panorama.

I created a little video that gives a better perspective on one of the panoramas. And, if you happen to be interested in shooting fun panoramas as well, I recently created a video that includes my favorite tips and techniques for shooting panorama images. You can find that here: http://www.youtube.com/watch?v=j0j8WH4IbEw&feature=relmfu

Karen and I plan on spending a few more days in the Seattle area and then moving on. To where, we’re not quite sure yet! That’s the beauty about living on the road! More to come…