In the field and “on Location”

Hi everyone! I hope you all had a great Fourth of July Weekend! I spent the past week parked a little north of Spokane, Washington, doing a mixture of shooting and event prep. You may be confused by the title of this post, because “in the field” and “on location” sound like the same thing. To clear things up, I have named my current bus “Location” so that when people ask me where I am, I can say that I’m “on Location.”

If you read my last post, you saw lots of images from our shoots in the Palouse area. Well, I was so happy with that area that I went back to spend more time there this past week. Karen spent the week at her parents’ house in NJ, so I was exploring on my own. I managed to get some really nice light, as you can see in the shots below.

I shot this pano near the top of Steptoe Butte in the Palouse. 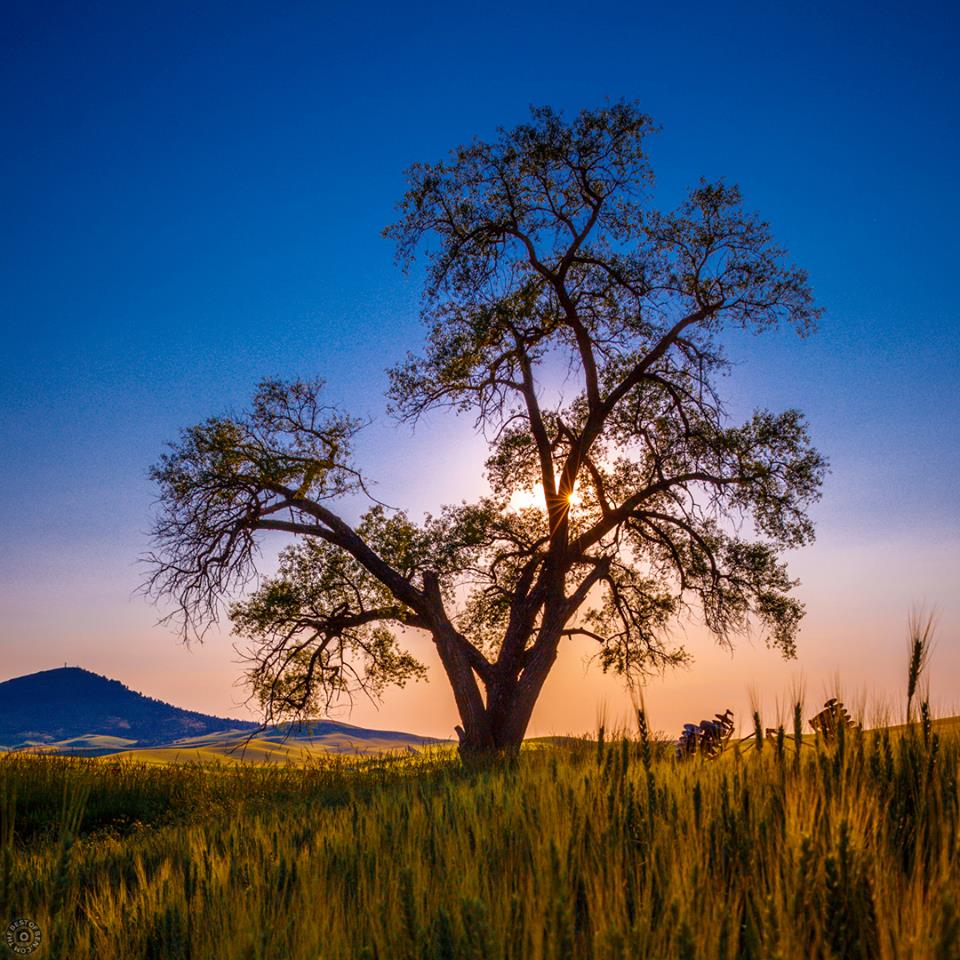 Lone tree in a wheat field with Steptoe Butte in the background.

As I mentioned above, I also spent a lot of time this week “on location” getting ready for this week’s training event. I am teaching a 2-day class at creativeLIVE called “Photoshop Mastery: Creative Explorations.” I’ve been teaching the Photoshop Mastery series for several months now and this is the newest segment. As with all creativeLIVE online classes, when the class is live, it’s totally free to watch. After it’s finished, you can buy the class to watch any time you’d like. When you buy the class, you also get all the supplemental material that goes with the course, such as the course handbook and practice images. The class is today and tomorrow (July 8-9) from 9-4 PST.

Here is a rundown of what the “Creative Explorations” class is covering:

Explore the creative side of Photoshop. Take a walk down the filter menu and learn what’s lurking in the not-so-obvious filters like Displacement Maps and Lighting Effects. See how the simple text and shape tools can be taken to the next level by incorporating layer styles, clipping masks and more.

• Learn which filters have a special relationship with Photoshop’s Blending Modes, which allows for unexpectedly creative results
• Start to use Photoshop’s 3D features to add dimension to otherwise flat imagery
• Create animated slide shows that better keep your viewer’s attention
• Add texture to your images to give them more personality

On Wednesday, I’ll be teaching an additional class at creativeLIVE called “Image Ambulance,” where you’ll learn how to deal with the most difficult problem images. Techniques will include:

Click HERE to learn more and to enroll for free! 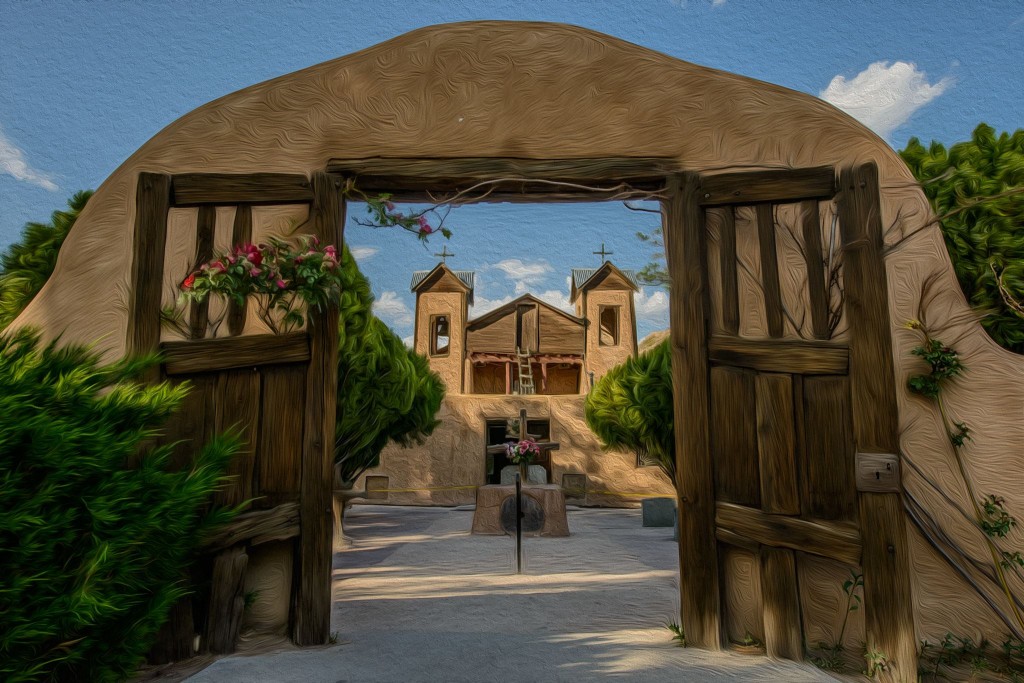 I shot this image last year on the road to Taos, in New Mexico. I used Photoshop’s Oil Paint filter on it, as I was finalizing the creative techniques I’ll be covering in this week’s class.

Karen and I will be in Seattle until Thursday, mostly immersed in creativeLIVE workshops. After that, we’ll head back to the bus near Spokane. More to come!