Another kick-butt creativeLIVE course in Seattle 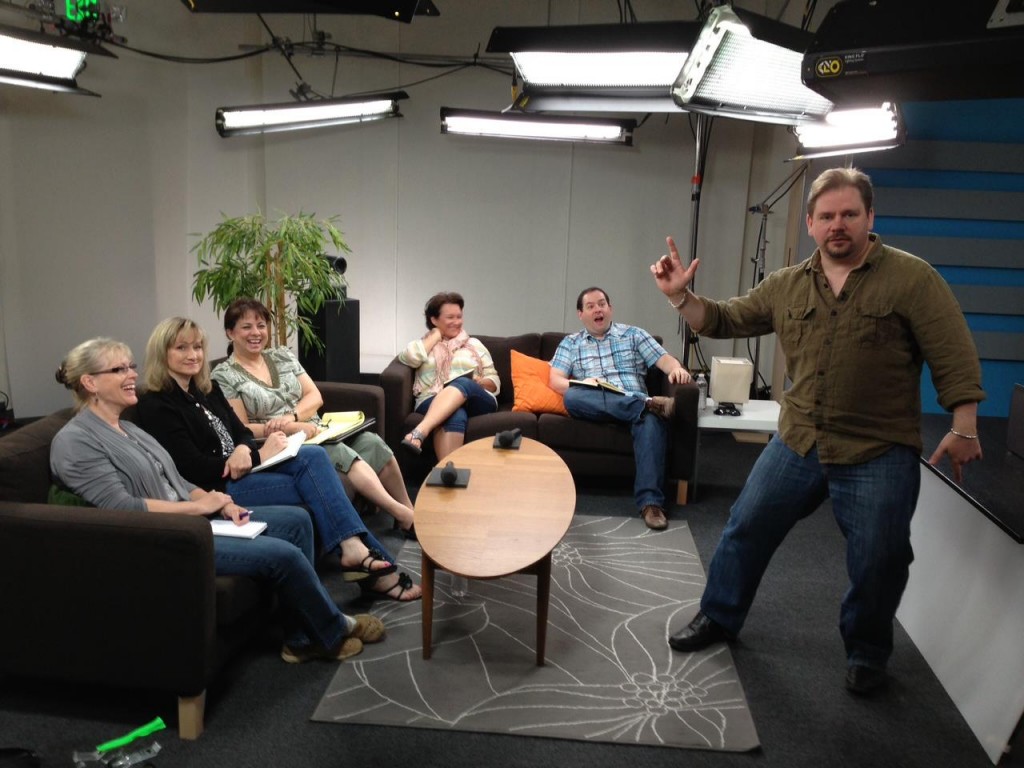 A little pre-show goofiness. Here I am with my studio audience, about to kick off my Color & Tone class.

Hi everyone! I hope everyone had a good a week, and for all the moms out there, that you had a great Mothers Day! For me, it was another week and another city. This past month has just been crazy travel-wise. We’ve hit all four corners of the country and the middle as well! This week, it was Seattle, as I was presenting my Photoshop Mastery: Color & Tone class at creativeLIVE. This was a two-day course that is part of a larger series designed to make you efficient in Photoshop. The first part of this series, which I presented last month, is called Photoshop Fundamentals, and is designed to give anyone a solid foundation with the program. This week’s Color & Tone class, covers just that: How to enhance, and even fix, the color and tonality of your images. If you missed the live broadcast and would still like to see it, you can purchase it HERE. When you buy the class, you also get the training materials, including my practice images and the handbook that goes with the course.

If you’re not familiar with creativeLIVE, here’s how they work. They broadcast all kind of classes live, every day, and while you watch them live, they’re free. If you decide that the class really resonates with you, you can purchase it to watch any time, and you will also receive the bonus material that comes with the class. I’ll be returning to creativeLIVE next month to present the next part of this series, Photoshop Mastery: Retouching & Collages. Click here for more info or to register for the free broadcast.

As always, my time at creativeLIVE was excellent. They’re such a fun gang to work with, and Karen and I really enjoy being there. We also really lucked out with the weather in Seattle while we were there. It was in the 70s and 80s, and the sun was out! For some of you, this might not seem like a big deal, but if you’re used to rainy Seattle, it’s huge! 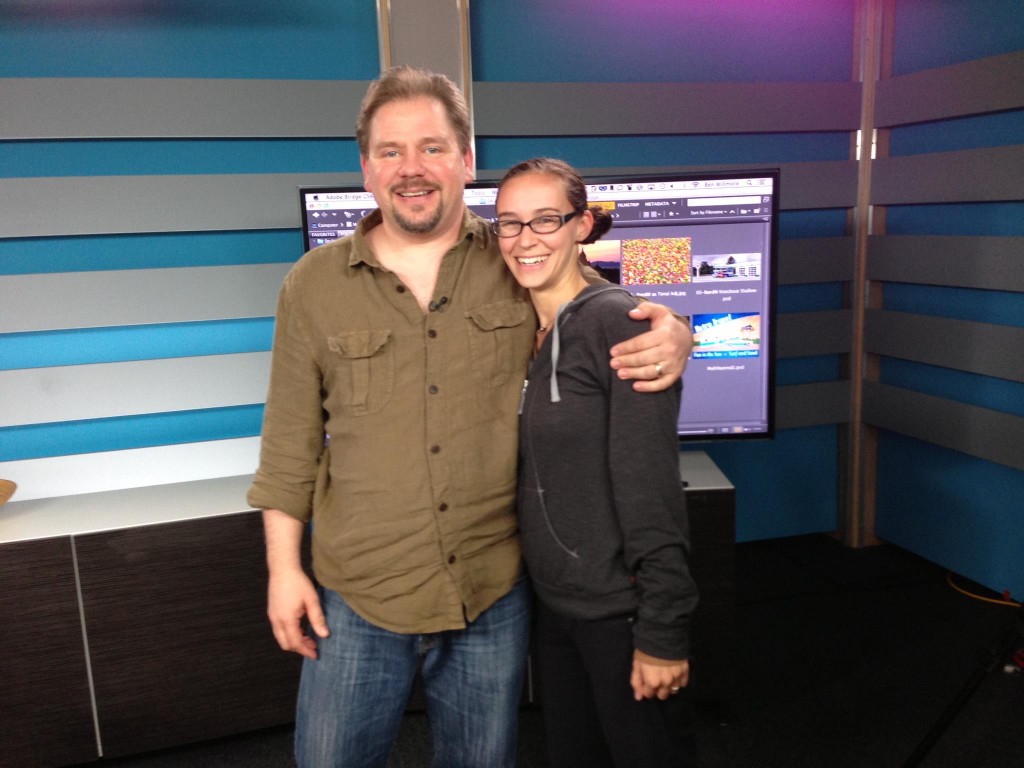 Karen and I on the creativeLIVE set

After wrapping things up at creativeLIVE, I flew back to the bus in Eugene, Oregon. It had been nearly a month since I’d last been “home.” Since my vintage bus is also being restored near Eugene, I was able to collaborate a bit with the shop that is working on creating the interior of that bus that we will eventually call home. Unfortunately, I must have caught the bug that seems to be going around, so the last part of my week was shot. I feel tons better now, which is good, because tomorrow, I need to fly to Columbus, Ohio to present my Kelby Training seminar, Photoshop Artistry. If you live near Columbus, I hope to see you there!

And last, but not least: This week, the schedule for this year’s California Photo Festival was posted! The California Photo Festival is five days of digital photography immersion. Intensive workshops, seminars, lectures, shooting, parties, and more with over 15 industry leading photographers and digital industry gurus designed to boost your creativity, spark your passion, and take your photography, art, or business to the next level. This year, it’s Oct. 7-11 in San Luis Obispo, CA. Learn more about the festival and schedule here.