The “wheels” part of that title might sound odd, but I’ll get to that soon. This past week has been quiet, for the most part. As I mentioned before, we are car-less. The new MINI we ordered is currently on a ship, slowly making its way to the CA coast, where it will disembark and make its way to our dealership. We are parked next to a train station, so we have access to downtown, but it’s been far from convenient. It’s a hassle just to get groceries.

We did make as much of the train as we could though. Karen found a great place for taking cooking classes and signed up for a 1-night course on Thai curries. (The class has paid off ridiculously, because the two dishes she’s made since were awesome! She even made the curry pastes from scratch!) 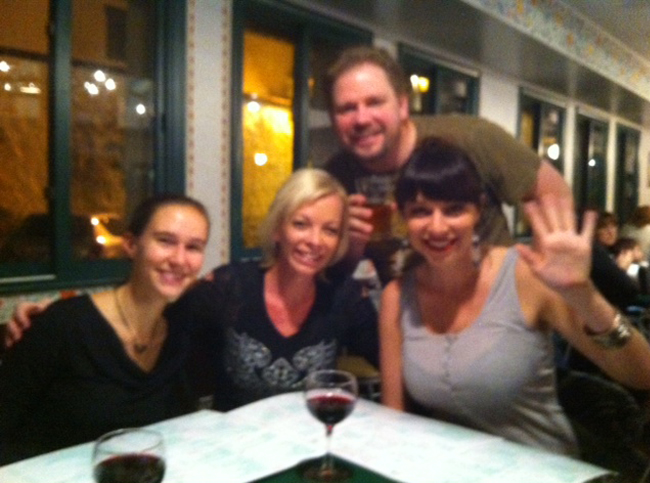 As you can see from the above image, our waitress was NOT a photographer. But you get the idea…

We also got to meet up with my friend Misty (a San Diego local), and her mom Beverly, who you’ve probably heard me mention in several previous posts. She lives in Las Vegas and was our neighbor for several weeks in 2011 (meaning we parked the bus in her driveway). We met them for dinner and drinks in Old Town San Diego, which is a pretty quaint place with lots of little food joints, bars and shops. 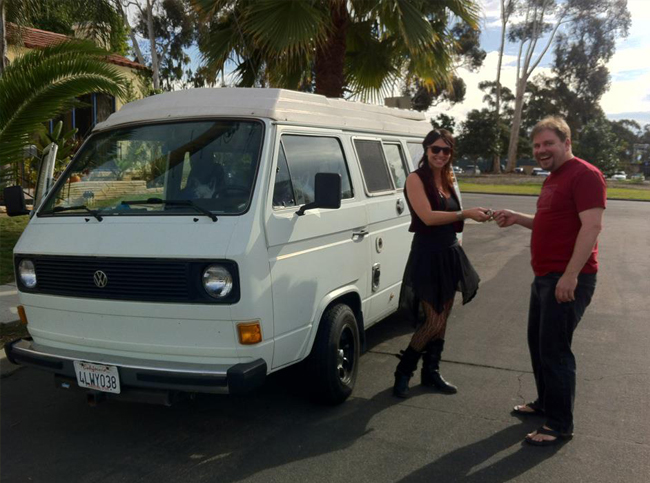 Misty was so great to loan us “Vanna White” while we are car-less in San Diego!

Speaking of my friend Misty, she was a savior this week. She has an adorable old VW van that she uses for camping and such, and she loaned it to me and Karen so we could be a little more mobile while we wait for the new Mini to arrive. The van’s name is “Vanna White,” and from the picture above, you can see why that’s so appropriate! She’s definitely got her quirks, but she’s given us a new freedom! (Though Karen was nearly peeing her pants watching me trying to parallel park with no power steering near a restaurant in downtown SD) 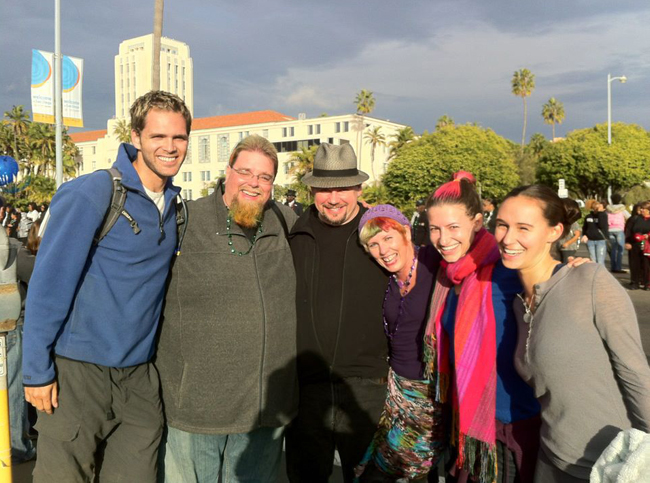 Yesterday, we also had a surprise meet-up with some other technomad friends. Sam and Tracy (who you’ve seen on this blog before) were parked nearby and came into town for the Martin Luther King Day Parade. Yair and Ayo also had their RV parked in town and joined us for some festivities. We had met them at Burning Man, but it was nice to get to know them a little better here. There’s a good chance the six of us will meet up again, as it sounds like our paths might cross before the end of the winter. More to come…