Some of the busiest days we’ve had on this international trip so far were spent in Singapore. There is just so much to do there that we were often off the ship first thing in the morning and returning late in the evening. We were lucky in that the Crystal Symphony was docked there for three full days, and then made a round-trip voyage returning to Singapore two weeks later, this time docking for two full days. That made for five days of exploring time, and it gave us the chance to really get to know the city.

Our arrival into Singapore was really interesting in that it was one of the few times the two Crystal Ships have ever shared a docking location. The Crystal Serenity had docked there a day earlier and on the morning of our arrival, we pulled up alongside her on the Crystal Symphony. They had arranged it so that all guests and crew could move between the two ships that day. That was pretty special, and we’re lucky to have been on board when the two ships met like that.

The ship’s shuttle bus dropped guests off at the Marina Bay Sands hotel, which has become one of Singapore’s iconic buildings, with its three towers topped off by a massive sun deck that contains a bar, restaurant, viewing deck and infinity pool. Attached to the bottom level is a massive, high-end shopping mall. We would quickly see that this is a theme in Singapore, as there are more shopping malls per square mile here than any place in the world. I have never seen so many Louis Vuitton stores in such a small area! Karen and I aren’t really the shopping type, though, so we were happy to find that there are loads of other things to see and do in the city. On our first day, we visited the historic Raffles Hotel, and had the obligatory “Singapore Sling” cocktail. The hotel is beautiful, and named for the explorer who founded the city.

We then took a ride on the giant observation wheel, which is located right on the water and offers spectacular views of the city. Each car is like its own glass room that you can walk around in as you slowly make your way up and around. The only unfortunate thing was that, during the time we were there, Singapore was experiencing high levels of smoke and haze. This was a result of the plantation burning that takes place at this time of year in Indonesia. It made for hazy photos that were less than ideal.

On that first day, we also had the unique experience of trying out a fish spa. This is where you dangle your feet in large tanks of water that contain hundreds of these little “doctor fish” which nibble away at dead skin and are supposed to heal all kinds of foot ailments. It’s a very strange experience, especially so if you have ticklish feet. Karen could barely sit still while we were doing this!

On our second day in Singapore, we spent a lot of time walking around Chinatown, which was extremely visually interesting. There are loads of vendors selling everything from cheesy souvenirs to fine chopsticks, teas and antiques. There is also a “food street” there that is just wonderful. It is mostly covered and is completely lined with beautiful food carts selling all kinds of asian food. Being that it’s Singapore, it’s also extremely clean and well-maintained. This was a very different kind of Chinatown experience than you’d get in other cities. Everything in Singapore is clean and beautiful. The residents take great pride in the cleanliness of their city, and we were just thrilled with that. Even the public restrooms are spotless!

In the evening, we took a river cruise on the waterway that runs through the city. It was narrated by a guide that showed us many of the historic parts of the city, throwing in some history as well. Part of this waterway (the Clarke Quay area) is lined with beautiful restaurants, bars, pubs, etc. and it really comes alive at night. All of the restaurants have waterside dining, and we couldn’t resist spending an evening away from the ship’s dining room to try one of these great local places. There are loads of ethnic options, and we ended up going with Indian.

Singapore also has some great garden locations, and we spent a lot of time at them. First, we went to the Botanical Gardens, which are located close to the edge of town. It’s a huge park, separated into different areas like the Ginger Garden, The Orchid Garden (which is huge), etc. And then there is Gardens By the Bay, and I would really recommend visiting this if you’re ever in the area. Located right on the water, Gardens by the Bay is a HUGE expanse of gardens, parks, conservatories, etc. And then there’s the “super trees.” These are gigantic tree-shaped structures completely covered in different types of plants and flowers. You can take an elevator to the treetops and follow a walkway around the canopy as well. One of the super trees even has a restaurant and bar, and we spent a sunset at the top with a cocktail, watching the city light up. There are many different gardens within Gardens by the Bay (the Chinese Garden, the Indian Garden, etc.) and then there are two gigantic conservatories, one for flowers of the world and another called the Cloud Forest, featuring a mini mountain with a waterfall coming off of it and walkways on all the different levels. Everything is covered in plants. It’s kind of like a man-made rainforest under a gigantic dome. To be honest, it’s quite hard to explain to someone who has never been there. Hopefully some of the photos do it justice!

As you can tell, we did a lot in Singapore, some of which I didn’t even write about (including the Duck Tour, Little India and the Jurong Bird Park). It’s definitely the kind of place you can spend a lot of time exploring in. Now, I’ll leave you with some photos: 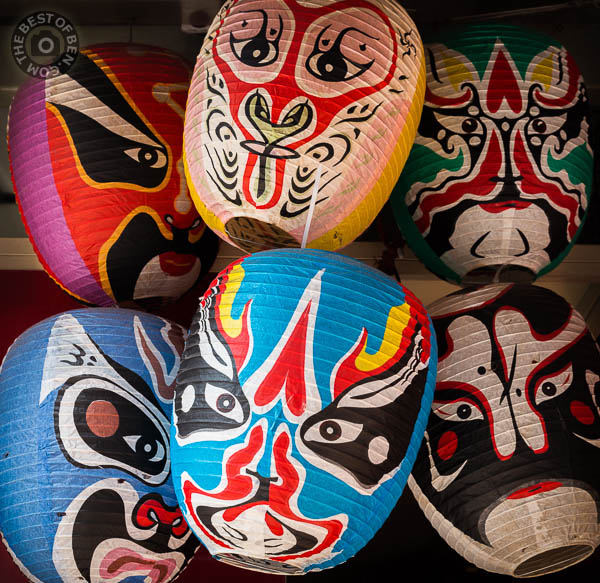 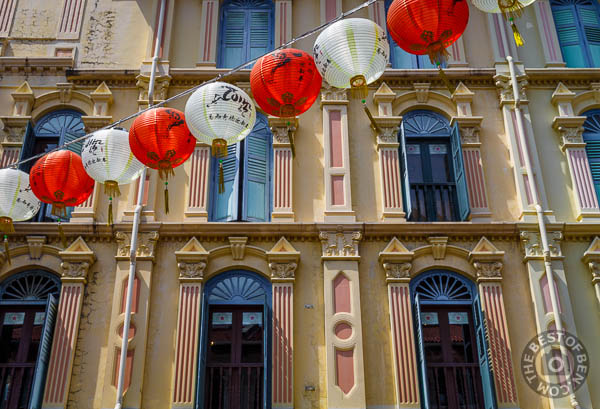 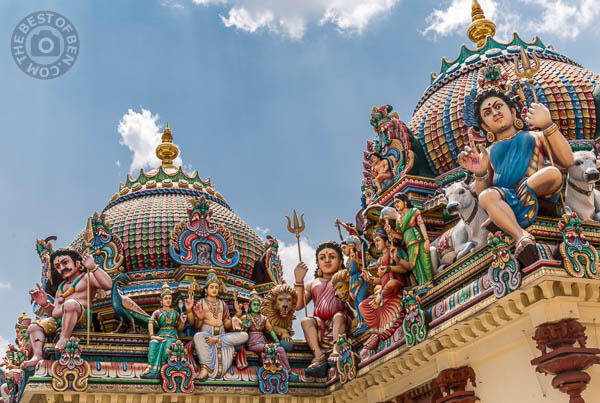 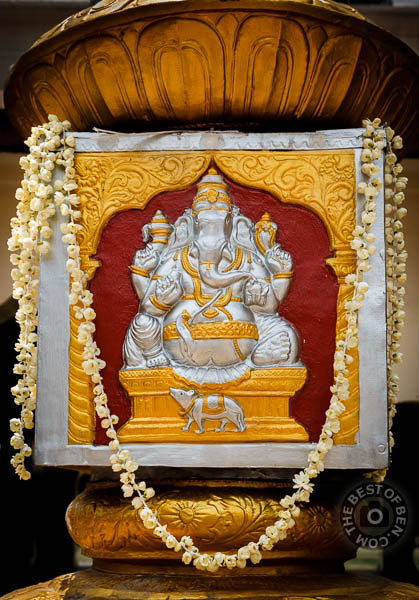 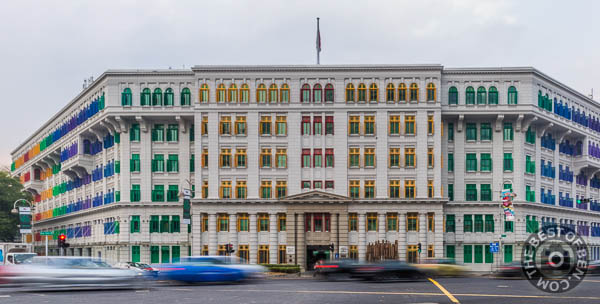 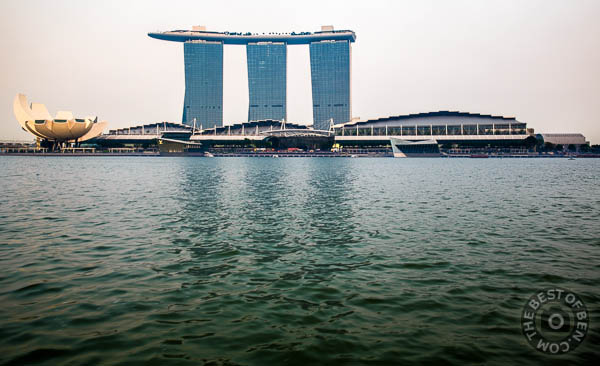 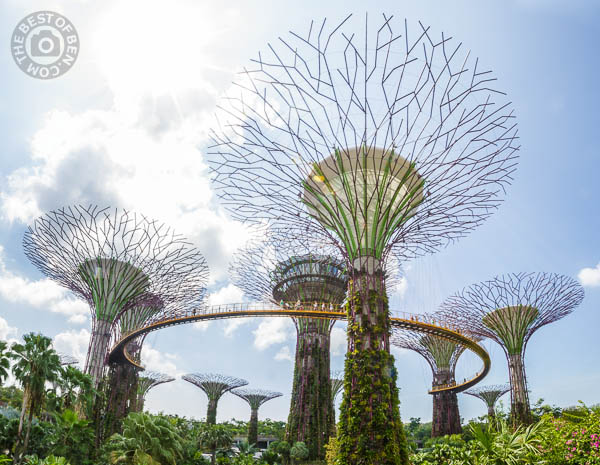 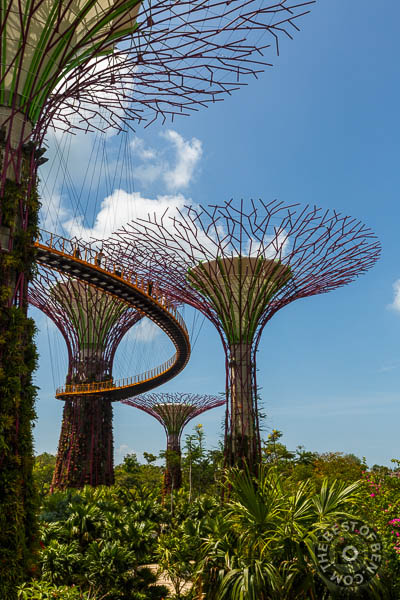 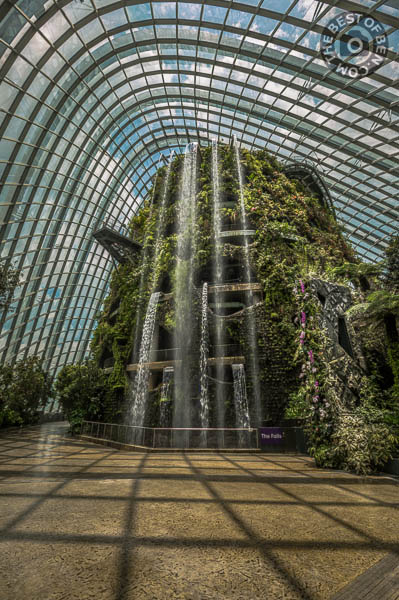 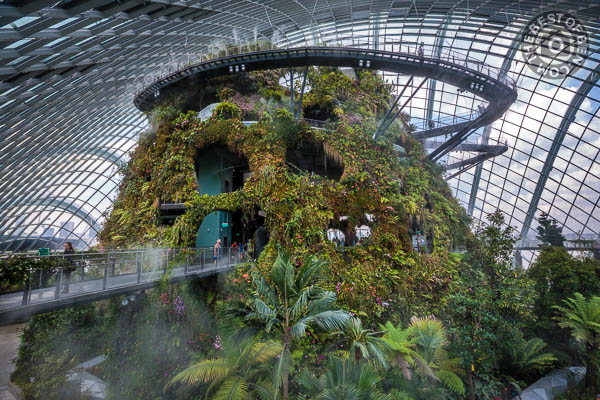