Hi gang! We just arrived in Iceland a couple days ago, and it’s been an incredible trip so far! Iceland is one of my favorite travel destinations and I never get tired of it. There are always amazing things to shoot here. I’m here teaching a workshop with Focus on Nature that will run for a full week.

Karen and I arrived in Reykjavik a few days early so that we could explore a bit and recover from jet lag before the workshop started. When we arrived on Friday Morning, Einar Erlendsson (The man behind Focus On Nature) picked us up from the airport and drove us around the city of Reykjavik while we waited for our hotel room to be ready. We went to a funky folk art installation called El Directore house. It was somewhat like other folk art places we’ve seen in the states, only with a bit of a viking theme to it. Einar also took us to the Harpa opera hall for lunch. Not only was the cafe there very nice, but the architecture of the place is very unique and fun to photograph. After driving around the city a bit, we finally made it to our hotel, took a nap and then headed to dinner in the city.

Day two was when the fun began. We got up really early to meet Einar for breakfast, and then drove out about 1.5 hours out into the country where we met a pilot who would take me up in his small plane. I had been wanting to photograph Iceland from the air for a long time, so I made that a priority for this trip. Einar knew of a very skilled pilot so he arranged our flight. The plane was a classic 1964 wooden-frame French plane that sat four people. I had a small opening for my lenses so that I didn’t have to shoot through the glass, and the pilot was very accommodating, flying over the places I asked and angling the plane so I could get the best shots. We had great weather for the flight, and the scenery was absolutely breathtaking! Check out the slideshow of some of my aerial images below.


After the plane ride we headed back toward Reykjavik, but made a few shooting stops on the way back. First, we stopped at a random field/pasture because Karen was itching to see and photograph some Icelandic horses. They really have a story book look to them. Next, we stopped at Urridafoss, our first waterfall of the trip. We spent a lot of time shooting here. It’s a good thing I had a strong neutral density filter because it was pretty bright out there! 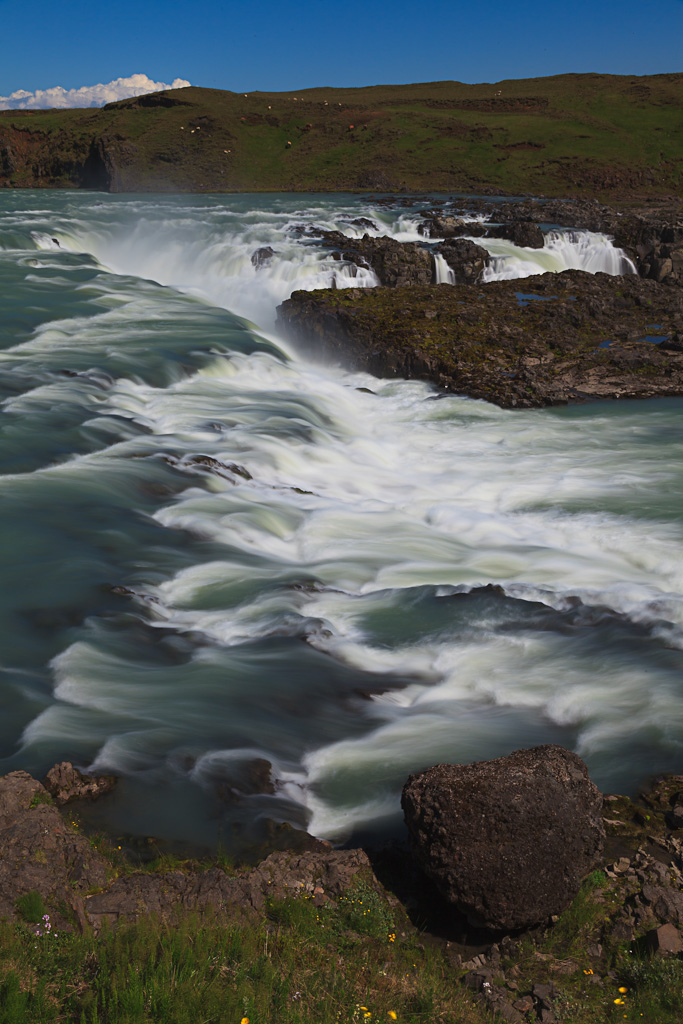 My waterfall shot from the other day. 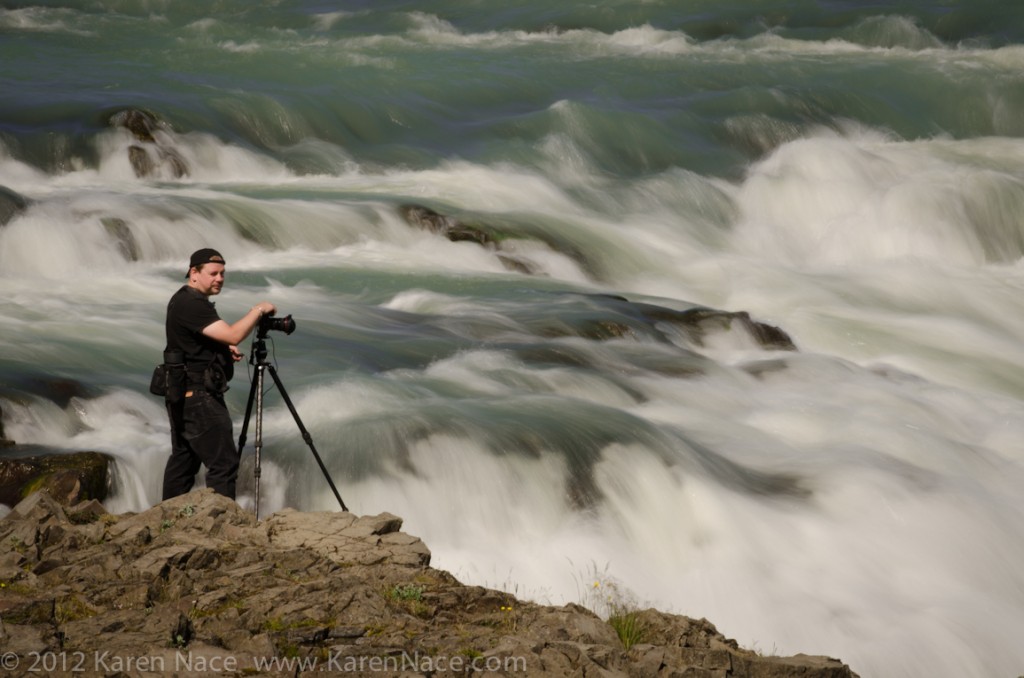 Karen got this shot of me shooting Urridafoss (Anything that ends in “foss” in Icelandic means waterfall!)

Sunday marked the first day of the workshop, and we met the attendees at 1pm at a meeting room in the Grand Hotel in Reykjavik. After getting acquainted, we had a 4-hour lecture session and then all went out to dinner. In the coming week, we will head out of town, into the country, and shoot a ton. The plans are to basically follow the light. We’re not going to run on a strict schedule, so we’ll be flexible to just go where the good shots are.