Hi gang! It’s been a busy couple of weeks and I just wanted to fill you in on what’s going on and what’s coming up. I’ve been spending most of my time preparing for my upcoming Photoshop bootcamp class that will be broadcast on CreativeLive from June 6 – July 1. It’s called “Adobe Photoshop CC: The Complete Guide” and will be a comprehensive, 4-week class, covering everything from the basics of Photoshop to advanced retouching, actions, etc. Each day, a new lesson will be broadcast and it will repeat all day long so that you can watch at your leisure. As with all CreativeLive classes, it’s completely free to watch during the broadcast. If you want anytime, unlimited access to the videos, as well as all of the bonus materials and handbooks that come with the course, you can purchase it for a discounted price during the month it’s being broadcast. This class is also special in that we have a designated Facebook group where you can post your work, ask questions and interact with other students taking the class.  To learn more about the course, view the daily schedule and enroll for free, visit the class page here.

Aside from preparing for the Photoshop bootcamp, I’ve been doing some creative photography using light-painting, a technique I specialize in. When I create an image like this, I start with a completely dark scene and literally “paint” light onto the subject using a flashlight or similar light source. This images below were shot as part of a yoga series that my wife and I collaborate on. I shoot images of her in yoga poses all over the world, and while these particular shots aren’t special due to the location, they’re special due to the technique and creative element. You can follow the yoga series on Instagram @theworldismyyogamat.

The above image was captured during a single 12-second exposure, half of which was spent fumbling in the dark to re-find the cable release to close the shutter. The white streak in the image is the edge of the light source, which also reveals the path it took when traveling across the scene. I also set the light source on the ground angled up at about a 20° angle to light the lower legs and arms. Karen was positioned atop a black Westcott Masterpiece Sheet Background that was draped over the floor and sofa and table that was in the background. I had to darken the background a bit in Lightroom to make sure the folds were not visible.

I used a homemade lighting instrument which consisted of a yard stick with a diffused LED linear strip light and battery gaffer-taped together. Here are sources for the critical components used in its construction:
https://www.superbrightleds.com/…/lfd-series-led-line…/1310/
https://www.adafruit.com/products/875 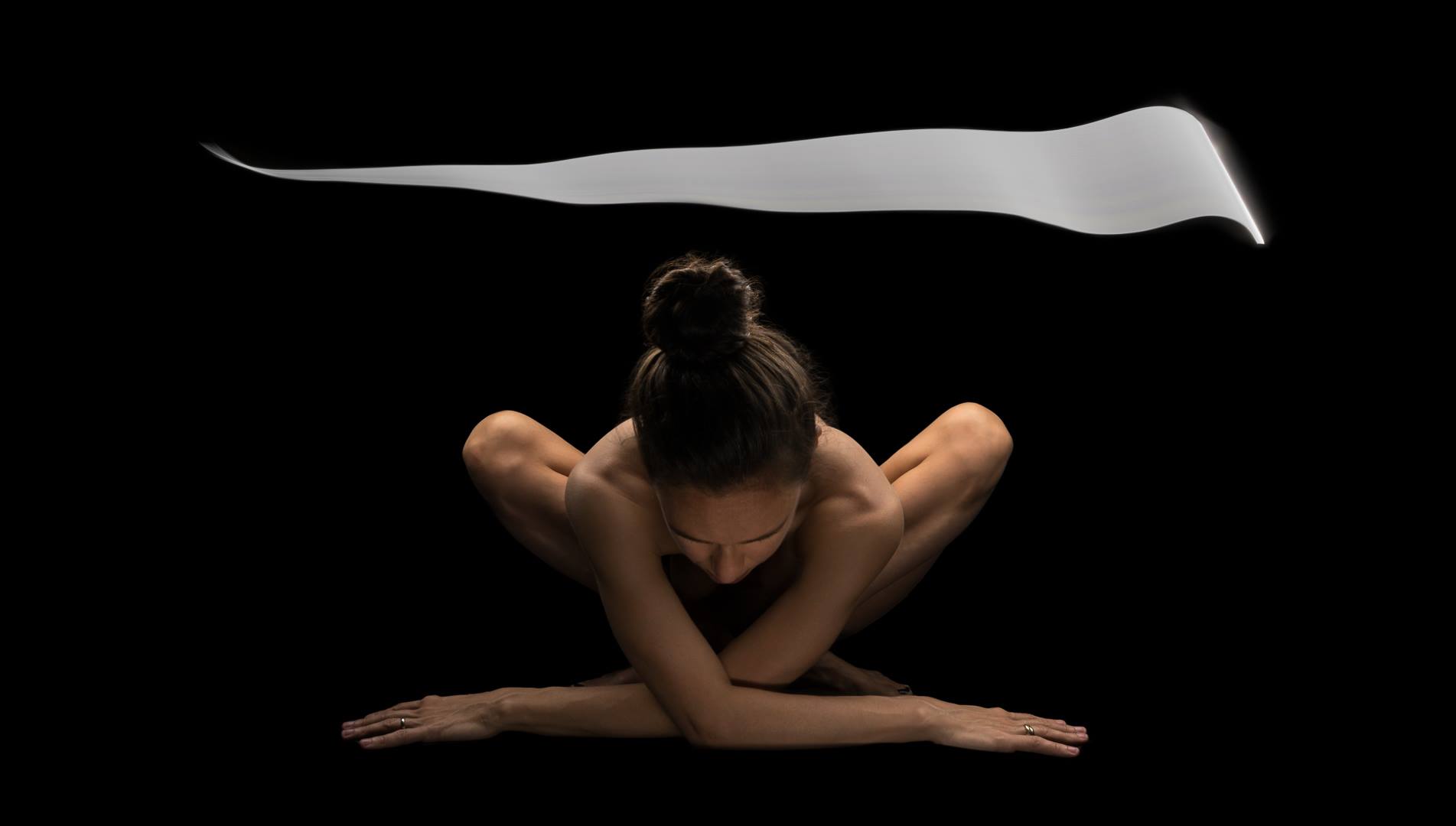 The same setup was used in the image above. It was captured during a 10-second exposure using a Sony A7Rii and Canon 24-70mm lens. The streak of light above gives you a hint that I started with the 18″ bar-shaped light source almost parallel to the ground, which caused the camera to only see a sliver of it on the left of the frame, then I tilted the light slightly as I moved it toward the right, which allowed the camera to see more of its surface and produced a thicker streak of light.

If you want to give light painting a shot, then download this free PDF that shows you how to get started: http://digitalmastery.com/…/u…/2015/08/LearnToLightpaint.pdf