Back in explorin’ mode!

Hi gang! I hope everyone had a great Memorial Day weekend! As the title of this post indicates, we spent the weekend doing some exploring. We started the week back in Portland, where Karen and I both landed after being on the east coast. We got our Mini Cooper serviced in town, and while we waited, we wandered around a bit. If you know me at all, or have at least seen some photos of me, you know that I’m a hat guy. I’m always wearing hats. Well, I’d been scoping out places to get a new hat and I finally found a great place in Portland: The Pinkham Millinery. The owner creates complete custom hats in a wide array of styles. I talked with her for a while about what I wanted – something stylish but with a lot of character – and we got the ball rolling. I head back this week for my first fitting. As most “Willmore” hats go, this will be fedora-ish, but should breath a little better than my current hats. 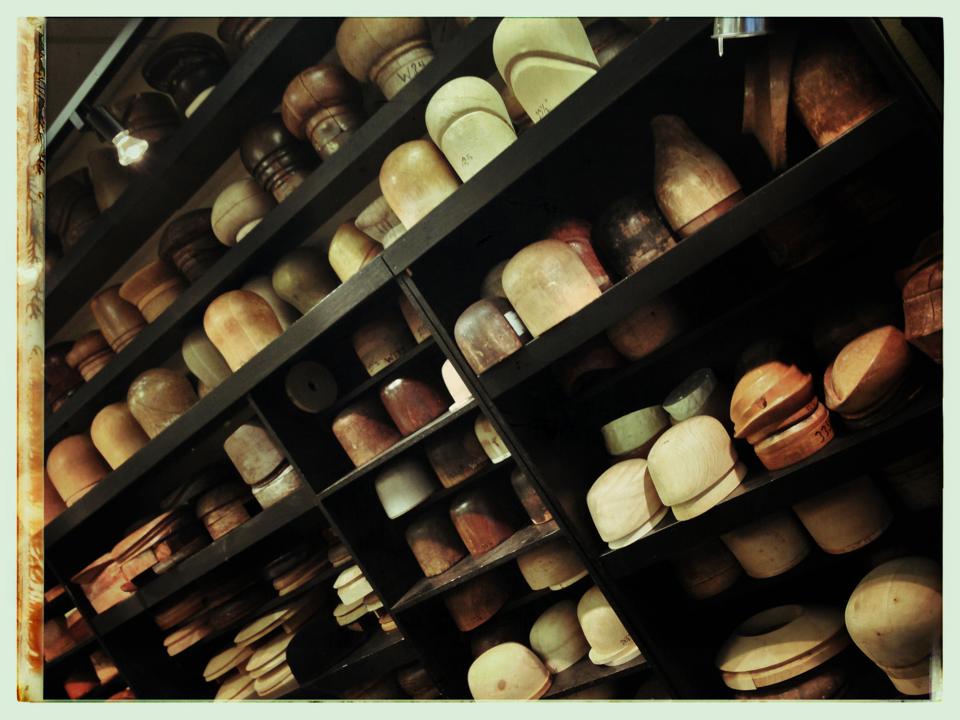 Here are some of the blocks the hatmaker uses to create her amazing hats. I almost went for 1930’s vintage materials, but ended up with a slightly more modern substrate.

Karen and I then moved down to Eugene, which is two hours south of Portland. The bus (our motorhome) had been staying in Eugene while we were away, and it was nice to get back “home.” We didn’t stay too long in Eugene, though. We took the bus up to Newberg, Oregon… aka Wine Country. Karen and I both have some friends in the wine industry, and they have all given us some glowing recommendations for the Willamette Valley. We had been wanting to spend some time here for a while, so we were especially excited to visit the region over Memorial Day Weekend, when there would be many special events and wine tastings.

I shot this pano with my iPhone at Sokol Blosser winery and vineyard.

We ended up visiting a lot of wineries, and because of the holiday, many of them had special tastings set up, where you move from station to station trying all of the wines. Many of them also had some nice food pairings. The scenery was beautiful, and we really lucked out on the weather, because it actually didn’t rain the whole time! This is pretty amazing in this part of the country. While the whole wine country experience was great, Karen and I did have one main struggle with the area. We both really like big, bold red wines, and the Willamette Valley is Pinot country. If you’re not really familiar with wine, Pinot Noirs are generally more delicate and mellow than the big Cabernets you find down in California. There really aren’t many big reds made up here, but we managed to find some tasting rooms that serve wine from the Walla Walla region, which is way over on the eastern side of Oregon, and is home to more of the bigger reds that we like.

While we were in wine country, we also decided to splurge on a nice dinner. We don’t often go to the spendy restaurants, but we had gotten a recommendation for the historic Joel Palmer House, and when we looked it up, the reviews were all raving. There are set menus that you choose from, and Karen and I both got the vegetarian tasting menu, which consisted of at least eight courses (small portions, of course). It’s one of the only fancy-ish places I’ve been to where I not only loved everything I ate, but I actually left feeling full! If you’re ever visiting the Willamette Valley, I highly recommend this place. 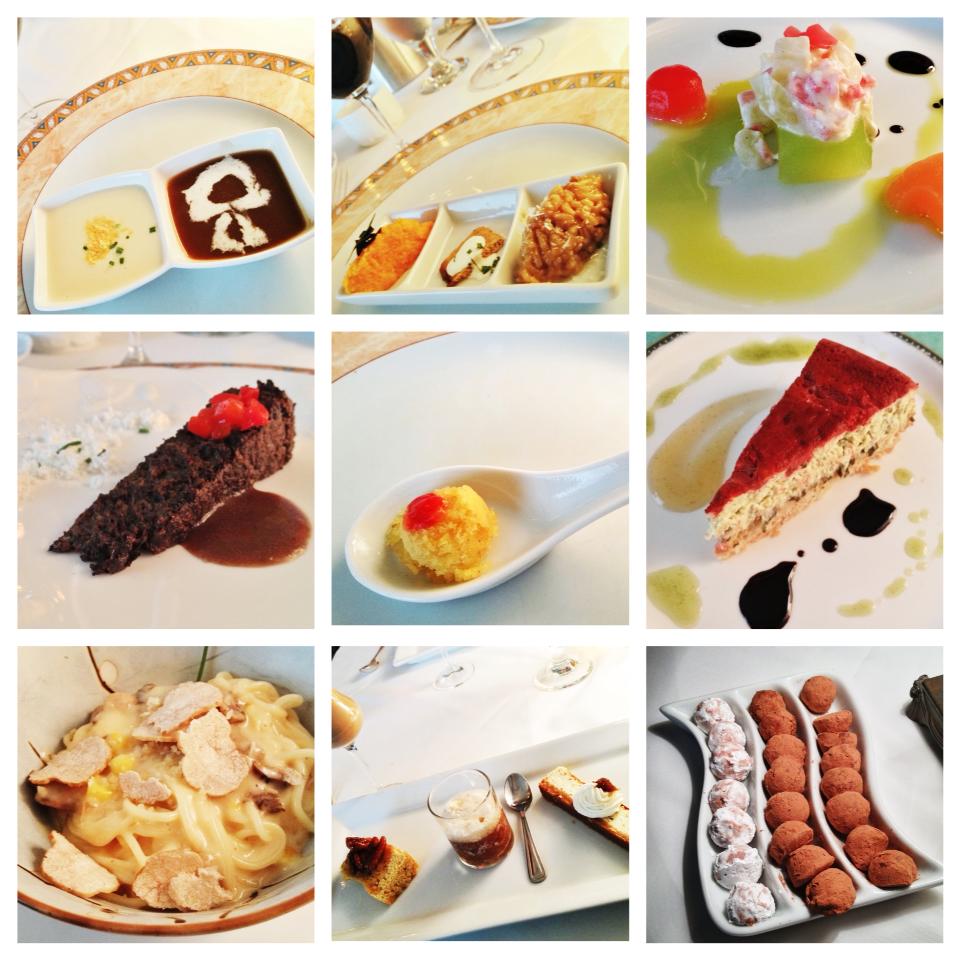 This was our multi-course dinner at the Joel Palmer House

The Evergreen Aviation and Space Museum is also located in the Willamette Valley, and we were excited to check it out. Just driving by the place, it’s incredibly impressive. The museum is made up of several buildings, one of which is an IMAX theater, and another is an indoor waterpark with a 747 on the roof! No joke. You can actually see waterslides coming out of the 747. We bypassed the waterpark and went right for the museum, which is currently home to Howard Hughes’ Spruce Goose. The “Goose” is absolutely massive, dwarfing every other plane in the building. It was originally designed to carry supplies and troops in and out of war, but the war ended just before its completion. The plane only flew once, for a total of about a mile, at an elevation of 70 feet. You can see a picture of this plane in the post header. We spent a good amount of time shooting and exploring in the museum before heading out to more wine tastings.

One of my shots from the Evergreen Aviation Museum. I put my camera on a monopod, set the self-timer and held it high over my head to get this shot looking down the wing. 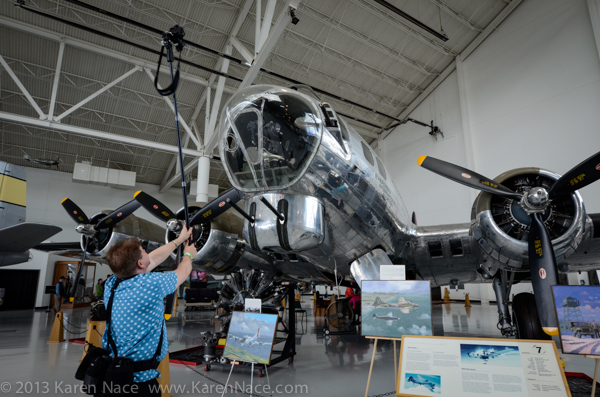 This is a different plane, but it shows you how I got the shot in the photo above. 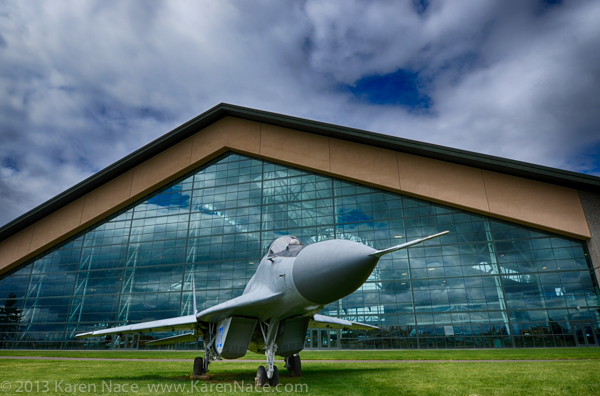 One of Karen’s shots from out front of the museum.

In the upcoming week, we’ll be hanging out back in the Portland area and will perhaps drive out to the Columbia Gorge area to photograph some waterfalls. More to come!